Title: Lost in Rewind
Series: Audio Fools #3
Author: Tali Alexander
Genre: Adult Contemporary Romance/Romantic Suspense
Release Date: September 1, 2016
Blurb
Inside every story lies more than one truth.
“Come, boy, I will give you a reading…show me your hands.”
Jeffery Rossi wants to be a man of logic but finds himself basing his life’s decisions on a prophecy delivered at the hands of an old gypsy fortuneteller. The death of his beloved wife coupled with the loss of what he thought would be his carefully crafted future, have spun him onto a path of self-destruction.
“Three children will come from you—a king and two queens.”
Jeff believed he knew how his future would unravel, but he’s about to get a lesson in how the Universe works. Fate should not be left to the interpretation of mere mortals. Interfere and suffer, surrender… and let the fates help you find your destiny.
“No matter what you do, no matter how far away you run, what’s written in the stars cannot be undone.”
‘Lost In Rewind’ is a full-length standalone, romantic novel, and is the 3rd and final book in the Audio Fools Series.
**All books in the series are interconnected, but each may be read as a standalone**
ADD TO GOODREADS
Review by Candy:
Holy cow was almost disappointed…..
Now that I’ve said that I’m sure how to describe the events in this book. This one is about Jeffery and Sarah but not Sarah that we have already read about, so with that I will say no more.
I will say I loved this series very much. Tali you have done well with the Audio Fools series, Congratulations!! can’r appraise you on this series enough. Tali’s writing is spectacularly well done in this series she brings us many lives that intertwine and how they all interact and the significance of them all.
***Review for Sweet & Spicy Reads – ARC provided in return for an honest review*** 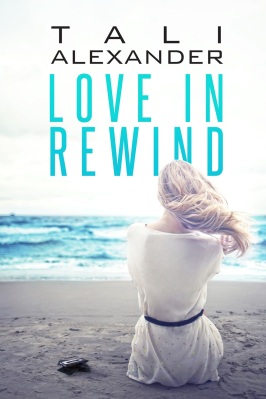 Tali Alexander is a Jill-of-all-trades—married mother of three, doctor of pharmacy by day and romance novelist by night. Tali has fulfilled her passion of writing with her debut romance novel LOVE IN REWIND (first book in the Audio Fools trilogy). Since its debut, fans have embraced the unconventional love story of Emily and Louis Bruel making LOVE IN REWIND #1 on Amazon Kindle charts (September 2014). With an increasing demand from her fan base for the next installment, Tali has recently released the next story in the Audio Fools trilogy…LIES IN REWIND, out now!!! Tali’s fans will finally get their third and final book in the series titled, LOST IN REWIND, which is set to release in September 1st 2016.