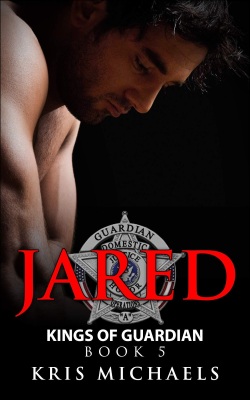 Jared King had endured more than the normal amount of danger in his life.  He’d jumped from planes into hot landing zones, been shot at, almost blown up—twice, damn near killed more times than he cared to remember. Yet, nothing in his past compared to the danger of admitting his feelings for Christian Koehler. When Jared pushed Christian away too hard, once too often, the young man finally left and took Jared’s heart with him.

Once upon a time, Christian Koehler had idolized Jared King. But after two years of the arrogant man’s hot and cold mind games, Christian avoided the sexy Guardian like the plague. The jagged line between love and hate was paper thin and razor sharp, and Jared had pushed Christian across that line, with prejudice.

When Christian discovers what he believes is a common thread in several disappearances of the homeless and at-risk teens in his area, he immediately tells his superiors.  But neither his employer nor the D.C. cops believe the missing children are connected. Desperate to find out the truth, Christian swallows his pride and returns to the Kings and Guardian for help.

Jared seizes the opportunity to investigate the missing children and the unexpected chance to once again be part of Christian’s life. What he finds leads to a tempest of deceit, danger and intrigue that pulls Christian back into Jared’s world. This time, Jared vows to fight to keep Christian with him forever—no matter the cost.

Review by Susan:
I love this series and couldn’t wait for Jared’s story, it didn’t disappoint. I was so pleased Jared finally admitted his love for Christian and went after what he wanted, I wish it didn’t take for Christian’s Life being threatened for him to do this though. The path to true love never runs smooth, there’s a few bumps in the road but this just makes the reconnection between them hotter! I love that we get to catch up with the rest of the King family, see how their lives are turning out. I would read the previous books as I think you would get more out of this book and because the series is awesome! I’m a huge fan of this series and I can’t wait for the next installment. I wish I could give this more than 5 Stars.

* * Reviewed for Sweet and Spicy Reads-ARC provided for honest review * *

Pre-Order the Book
Universal link for all retailers