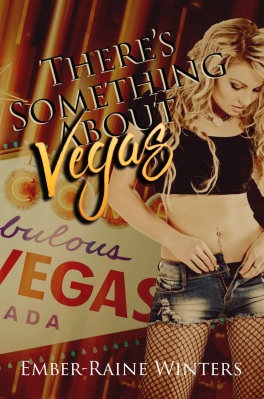 Rissa
Five years ago, I did something
impulsive. I turned myself into a cliché when I decided to be spontaneous and
hopped in my car and took off to Vegas. I had no idea that decision would come
back to haunt me. Now, I am a super star, engaged to a rock star, and have
everything I could ever want. Until my world implodes around me and I find
myself running back to where it all began.
Cole
Five years ago, the woman of my dreams
walked into my club. And as quickly as she entered, she fled. All I was left
with were memories and a piece of paper. I searched everywhere for the girl who
starred in all of my wildest fantasies, but it wasn’t until her life got turned
upside down that she came barreling back into mine with more complications then
I could have dreamed. I fell for her, hard. What she doesn’t know is I have a
secret that could very well tear us apart

Ember-Raine Winters lives in sunny California with her two beautiful kids and a wolf. Also known as Apache her pure white Siberian Husky. She loves writing romance and reading just about anything she can get
her hands on. And, football! She loves watching football and going to games. It’s one of her favorite ways to unwind. She dislikes the super-hot temperatures in her city and exercise. She hates to exercise but somehow her sister still gets her to do it every day. She also thinks it’s completely awkward talking about herself in third person.
Ember loves connecting with readers so don’t be afraid to stalk her and drop her a line on social media.