Title: Puck Love
Author: Carmen Jenner
Genre: Sports Romance
Release Date: October 3, 2017
Blurb
Stella Hart is the hottest thing in country music. For ten
years, she’s been Nashville’s darling. She’s pure, sweet, and a positive role
model in an industry rife with scandals, sex, and sequins. Men want to own her,
women want to be her—everyone wants a piece of her, and Stella? Well, she wants
out.
As the center for the Calgary Crushers, Van Ross isn’t afraid
of the spotlight, but he doesn’t much like it either. Despite his reputation as
a player, the NHL’s bad boy lives for only two things: the game, and his
younger brother. That’s why when he comes across a country music superstar
seeking refuge at his home in the Canadian Rockies, he’s not too happy with the
media shitstorm this surprise houseguest brings.
With a nationwide manhunt, paparazzi dogging their every
move, producers of a reality TV show baying for blood, and a record label
desperate to see their “good girl” returned safely home, Van and Stella’s lives
are snowballing out of control.
While Van would like nothing more than to show the purest of
them all how well he handles his er … stick, Stella is no puck bunny. Nor is
she as innocent as she’d have the world believe. With chemistry like theirs, tension runs high on and off the
ice, but the end game is the same for both players: line up the puck, take the
shot, and score. If only their hearts understood the play.
Puck fame and fortune.
Puck right and wrong.
Puck love.
ADD TO GOODREADS
Review by Victoria:
When you’ve spent most of your adult life performing music to thousands of people night after night, eventually you’re going to need a break. Most stars take off to a remote tropical island. Not Stella Hart! She takes off into the Canadian mountains where she has been while running from all responsibility she had before.
Thankfully for her, Van Ross who happens to be an NHL player comes to her rescue when she crashes into the side of his mountain. Van is a player with a reputation though and he couldn’t be more different than Stella if he tried. When these two start spending more and more time together, that odd little pull between them seems to be growing. When country meets hockey, the possibilities are endless.
This was such a cute fun read. The banter and wit back and forth is so engaging. Stella has so much to work on and figure out, yet no one to truly depend on. Van is so busy between hockey, his brother and mother, he barely has a life and couldn’t find someone real to depend on. When these two come together in the Canadian mountains, their hear could melt the ever falling snow. Soon enough, their perfect retreat away will be found and then what will they do? Carmen draws you into their story early on, wishing to know what both Van and Stella keep hidden under those thick walls of protection. Come along for the ride to find out! 4 Stars 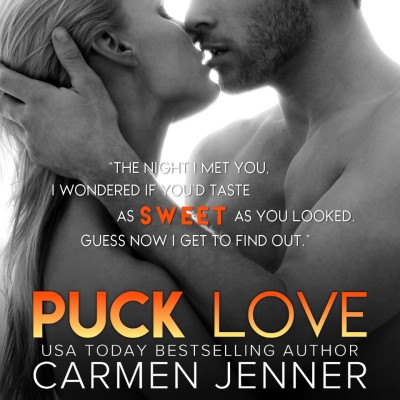 “What are
you running from?” I say, echoing the me from several months ago when this
strange and beautiful creature had arrived on my doorstep, lost, and seeking
refuge from a world that might have destroyed a lesser woman.
She takes
several steps back until there’s nowhere left to go but on top of the counter.
“I’m not running from anything.”
I press
against her. She’s stiff as a board. That
makes two of us. “I miss you, Stella. I jack it every day thinking about
you, sometimes twice a day. I want you.”
“You
can’t have me, Van.”
“Bullshit,”
I hiss. I slide my hand into her hair, and pull her closer. I lean in, but I
don’t kiss her. “Tell me you miss me. Tell me you’re thinking about me, too.”
“I don’t
. . .” She shakes her head, but her breath is hot and heavy against my face.
“I’m not.”

I close
my eyes and rub my cheek against hers. My stubble is likely scratching her
delicate skin, but she doesn’t pull away, and I slide my hand under her shirt.
She’s braless. I groan. All those long days and nights she tortured me at the
cabin by wearing only my flannel shirts with no bra, and probably no panties
either, for all I knew. This little cock
tease needs a taste of her own medicine. 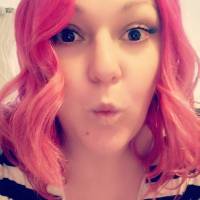 A tattoo enthusiast, hardcore makeup addict and zombie fangirl, Carmen lives on the sunny North Coast of New South Wales, Australia, where she spends her time indoors wrangling her two wildling children, a dog named Pikelet, and her very own man-child.

A romantic at heart, Carmen strives to give her characters the HEA they deserve, but not before ruining their lives completely first … because what’s a happily ever after without a little torture?

The Way Back Home 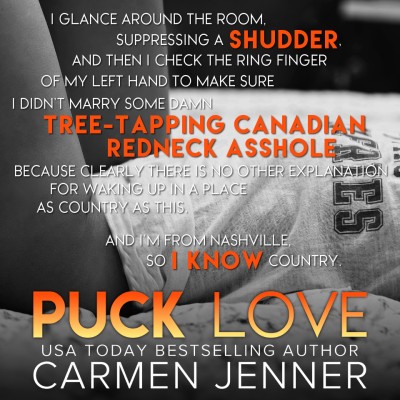