Beauty is only skin deep. Appearances aren’t everything. It’s what’s on the inside that counts.
Blah, blah, blah.
At thirty-two, Jen Malone knows one thing – life isn’t worth anything if you’re not wanted. And how does she know know this? Because the only person she’s ever wanted no longer wants her.
To Jen, image is everything. And five years ago, after a public divorce from a handsome and famous artist, that image was torn to shreds. The man whose career she helped build is now nothing but a memory, a thorn in her otherwise perfectly honed exterior. A piercing little sliver that needles and festers whenever she looks at their daughter. The daughter who reminds her of the husband she couldn’t hold on to. The daughter who was the reason he left in the first place.
When Jen’s vehicle breaks down and puts her the path of mechanic Miles Wright – a person who is her polar opposite – she finds it hard to relate to his laidback attitude. Miles could care less about his image or what people think of him. Being around him puts her on edge, because a man who judges people by their insides isn’t going to find anything pretty when he looks at hers. Then again, she could care less what a blue-collar grease monkey thinks of her. Right? Right …
Just as Jen begins to reevaluate everything she thinks she knows – about life, about love – her past comes calling, leaving her to decide what’s more important: her image or her heart. 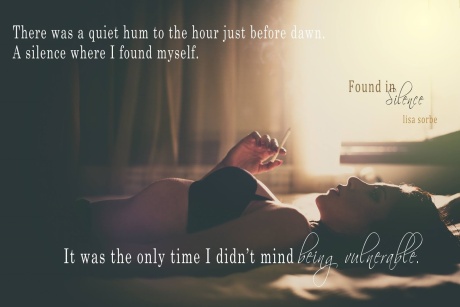 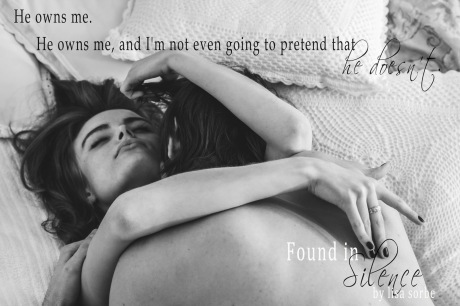 Review by Paula:
From a divorce Jen is a cold-hearted woman instead of showing her feelings she’s closed off everything until Jen meets Miles a mechanic that won’t  put up with the princess Jen’s crap.Will Miles be the one to show Jen appearances don’t mean nothing it’s what in your heart that counts? Or will Jen end up angry and bitter and no forgiveness till the end?  Everyone has a past that makes them who they are today and you decide how your gonna act about it. 4 Stars

Follow the Author
AMAZON
FACEBOOK
INSTAGRAM
WEBSITE
About the Author
I grew up in Iowa, where the plains stretch as far as the eye can see and rolling fields of corn lay blanketed beneath eggshell blue skies dotted with clouds as fluffy and thick as pillows. My family was the traditional Midwest breed – we ate sweetcorn by the buckets during summer and spent way too much time shoveling our driveway in the winter. I learned how to swim before I could walk, spent my grade school years building forts and playing kickball with the boys on my street, and annoyed my mother to no end by spending more time reading than I did caring about my hair, clothes, boys, etc. I’ve wanted to be an author since I was four years old and now, after thirty odd years, am finally honoring that little girl’s dream. I currently live in the Pacific Northwest – a beautiful and rugged corner of the world – but spend most of my days dreaming of a move back to Iowa. My first job really was in an auto parts story, and I thank all of my co-workers for instilling in me a love of raunchy humor and a sarcastic wit that knows no measure. I have one husband and one dog who is beyond spoiled. (The dog, not the spouse.) I believe aliens built the pyramids or, at the very least, showed someone how to do it. I mean, really people … Look at the evidence.
It’s my firm belief that people can be anything they want to be. And it’s my hope that, as the years pass, we see more of our fellow humans stepping out of their comfort zones and living the life of their dreams.