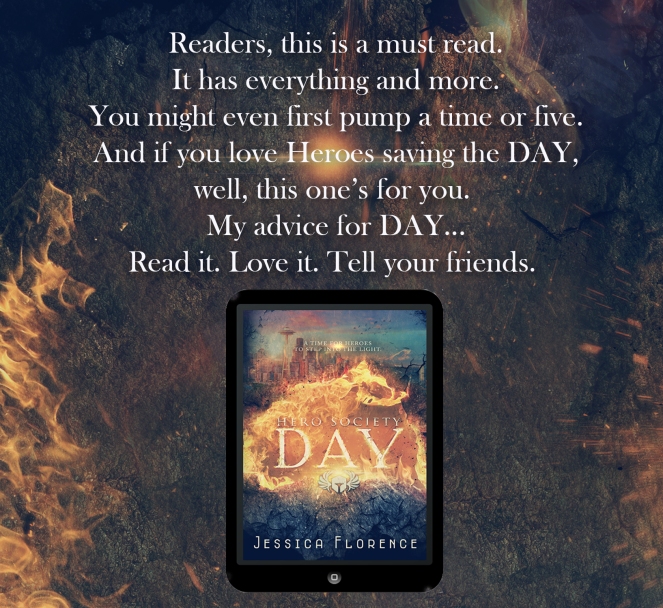 A time for heroes to step into the light.

Leon has never looked upon his gift as anything but a curse. With his
unbelievable strength and speed, all he has ever done is hurt those around
him.

Both, Hero Society and The Raven want him on their team, but he couldn’t
give a damn about either. He aims to live out his life with anger and
resentment on the sea.

Lilith is a force to be reckoned with and after one drunken night, Leon
finds himself tangled up with her in the form of marriage.

He has one month to avoid his crazy wife and figure out his plan to escape
the fight he’s been unwillingly thrown into.

Will he choose the society or to be taken by the enemy?

The heroes are coming out into the light of day.

Hopefully mankind is ready for them. 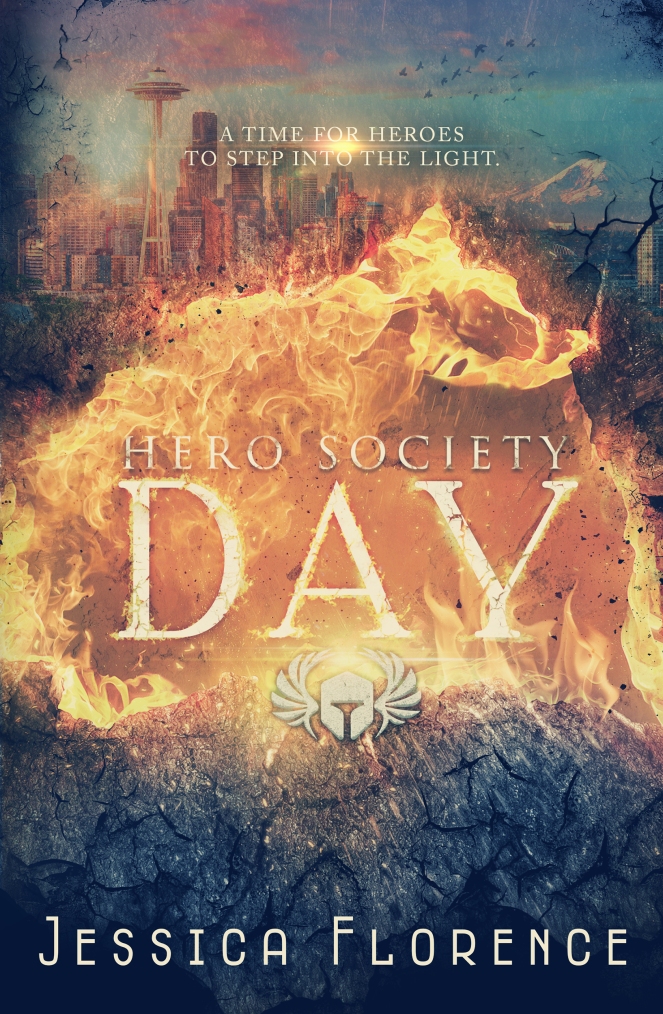 Read Book One, Dawn for 99c of Free with Kindle Unlimited
Amazon:  myBook.to/HeroSocietyDawn

Review by Christine:
Day by Jessica Florence is the second installment of her superhero series Hero Society. It could be read as a standalone, IMO, but best read in series order. Are you a fan of Marvel or DC movies, TV shows or comic books? If so you will love these books! Day follows two new to us characters, Leon & Lilith, though we still get time with Draco & Rose and the rest of the gang. Leon believes his gift is a curse and even though he’s known about his gift for years he hasn’t come to terms with it. Lilith isn’t gifted like Leon but none the less she’s skilled because of her dark past. I adored these two and how they got together and their path. I devoured this story in no time and I can’t wait for the next installment of this amazing superhero story ~ I refused to read the sneak peek because I want to enjoy it all together! 5 “Star” Stars for Day by Jessica Florence