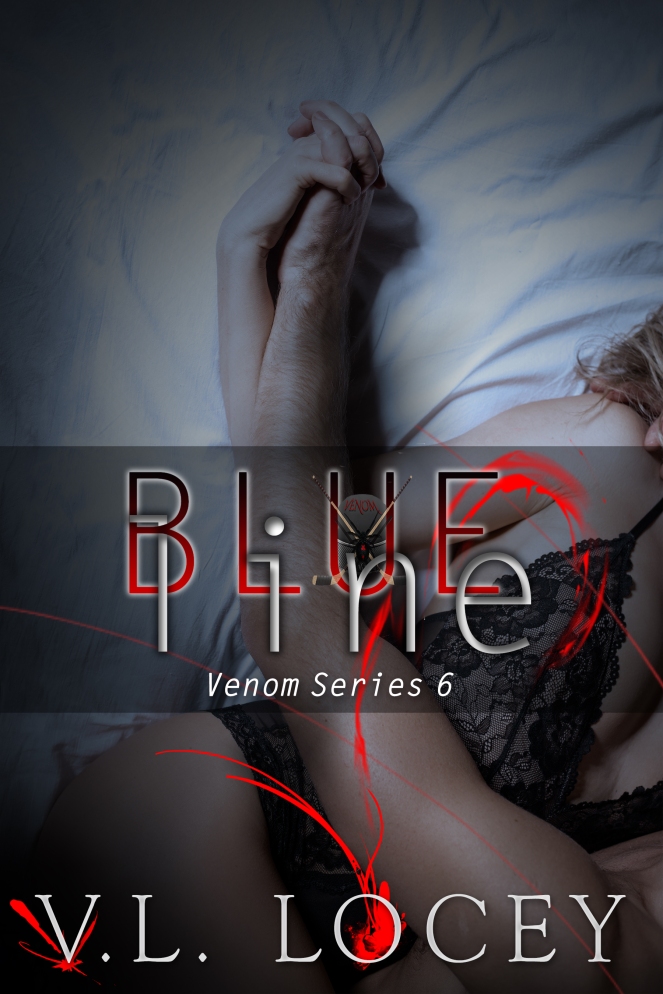 If there’s one thing that Helen Parat knows, it’s how to defend. Whether it’s her goalie or her bruised heart, the Venom’s top D-man isn’t about to let anyone get too close. While it’s an admirable thing on the ice, it’s left her alone for far too long in her personal life. Better lonely than taunted, the stately beauty decided years ago. That philosophy has served Helen well – until Bobby Fovea entered her defensive zone.

The energetic and handsome Wildcats captain is winning Helen over, one honest and loving smile at a time. Just when she thinks she’s blocked him out, Bobby finds a new way to work his way into her heart. As Helen and the Venom make their push for the championship, it’s going to take every ounce of dedication, grit, and passion she has to seize not only the cup but the happiness she’s denied herself for far too long.

It all comes down to this book, ladies and gents. If you, like me, have followed this incredible season for the Venom women’s hockey, we’re in the playoffs final series. The team has been through so much and we’re not quite done yet.

During these high stakes games, defenseman Helen can’t afford to be off her game. She’s played amazing this season even with a certain Wildcat itching to take her out. Helen is not your typical famine player, she lives and breaths hockey first and last. Everything comes down to the ice and she’s learned to accept she isn’t most men’s ideal woman. But then Bobby Fovea just won’t leave her alone. He’s like a puppy with a bone, only that bone is Helen.
Bobby isn’t like other men either. Where one might see the big build, athletic body of Helen as masculine, and unattractive, Bobby sees the amazing athlete she is and the beauty behind the defensive exterior. But can he win her heart over before he goes back Manitoba and the Venom season is over?
I could not put this book down. I also didn’t want this series to end at all! I’ve followed these women since book one, and I’ve felt apart of their story from page one. VL has written this beautiful, empowering tale of hockey with self discovery, learning, growing, life and love.  Once again with Helen, VL captures a tough subject body image and explores it beautifully. Helen is all of us when the beautiful man cant possibly be interested in us.
These women will grab your heart and refuse to let go. It’s been a long time I’ve cried from a story being so perfect, and the Venom bring tears to my eyes even now. This is not a story you can miss. 5 stars!

“Okay, so next week when we have a day off between games, we’ll meet up here and go to the Mennonite store to get fabric. I’m so excited!” Alicia bounced around her spacious kitchen as we cleaned up the patterns, coffee mugs, and a sticky honeypot Wren had been sticking her fingers into.

“I got a pink lily dress.” Wren informed us then took off in pursuit of a kitten that had wandered into the house from the goat barn.

“She insisted on pink.” Alicia told me when I joined her at the sink to dry the mugs she was washing by hand.

“She’ll look precious. And what about you? What’s your bridal gown like?”

She sighed a bit, as if in a dream, and then shook her head, her soft golden hair framing her face.

“We try not to boast about material things but, oh, Helen, it’s going to be so beautiful!”

“We’re both lucky. The goddess has blessed us both in so many ways. And she’ll bless you too.” With that, she reached over to pluck the damp dishcloth from my hand. The others had filed out to explore the farm. “Why don’t you go outside and talk to Bobby for a bit.”

I crinkled my nose.

“He’s got a good soul, Helen. Even Dale and Sage have commented on that. Sincerity glows within him. What harm can come from being nice to him?”

A chicken began to cackle outside, which made the geese start honking. She had no idea. Alicia had probably never been laughed at by a drunken frat boy when he took off her shirt.

“Right, nothing. I’m off to talk to Bobby.” I left her standing at the sink with soapy hands and a wistful expression. Might as well just get this over with and talk to the man. When things went south then they’d all stop nudging me, and I could go back to my perfectly nice life.

The back of the farm faced the pastures. Along one fence were some beehives. I spotted my teammates over at the farm pond, seated along the bank, soaking their feet in the water by the looks. That looked like fun. But no. I had to go make small talk with Bobby. Pfft.

Following the fence, I came to the barn. There were no goats to be seen. One large gate had been removed from a massive post driven into the fertile ground. I slipped into the opening, stepped over the gate lying on the ground, and peeked into the barn. Nothing in there but mangers filled with hay and dust motes floating in slim streams of the summer sun.

I spun around and there he stood. Smiling, as always, with his bare shoulders exposed to the sun. They were lightly freckled. Slick with sweat. I forbid my eyes to drop to his bare chest. Eye to eye contact only.

“Sure, yeah. We’re around back working on a small pen that they use for the kids when they’re little.” He motioned me to the eastern side of the barn. I gave him an awkward smile then went around the old clapboard barn. Sage was sitting under a tree with his legs in a lotus, sipping cold tea. He lifted a hand in greeting and I did the same. A gusty wind whipped past, tugging on Sage’s long gray hair.

I had no idea what to say to the man. I kept my eyes on the ground. Bobby stepped around me, leaned his shoulder on the side of the barn and started talking. I slipped my hands into my pockets and bobbed my head as he chatted about fence staples, apple trees in the orchard, and how beautiful my eyes were. Wait. What?

“What?” I asked when the compliment sank in.

He cocked his head a bit to the left, his big shoulder dropped a little, and he gently reached out to touch the side of my face with his hand. His finger was rough, calloused, and gentle. That thick shank of soft red hair fell over his brow.

“You have beautiful eyes. So green, like the mountains. And skin white like homemade vanilla ice cream.”

“I’ll be thirty-four in August.”

“I – you – what? No. I’m not asking for a party. I’m telling you that because you stroking my face is stupid.” A bee flew by and landed on the side of the barn. Bobby was too busy trying to make up silly things to compare my eyes and skin to to take notice of a bug.

“You say that a lot. About me liking you or thinking that you’re pretty. Why do you think that?” He never moved closer, if anything he swayed back some. Perhaps he was worried that I’d bolt which was preposterous. Helen Parat was solid like a wall. Built like one too…

“Why do I think it’s stupid for you to have these romantic notions?”

A rivulet of sweat ran down the side of his face, through the bristles of his new beard, and down the side of his thick neck. Then the stupid thing slithered down his pectoral, leading my gaze down to a dark pink nipple surrounded by a few dark red hairs. Where would that sweat droplet go next? Downward over his hard stomach? Maybe. Hopefully. I was happy to wait here by the barn with the bee and see where it went. I had time. All day. And his stomach was quite nice with all those rippled muscles and a treasure trail of dusky red hair that—

“Helen, are you checking me out?” I heard the humor in his voice. My eyes leaped from that sinful trail to his twinkling brown eyes.

“I like coffee with muffins.” Oh, Helen, what kind of moronic statement was that? Dear God, woman. “I mean…your sister thinks that – I need coffee. Not muffins. Unless you want muffins then we could do muffins but they’re empty calories.”

“So, you were checking me out.” Well wasn’t he suddenly filled with masculine self-satisfaction? “I like coffee with muffins too.”

When I said nothing due to my brain literally drowning in estrogen, he flashed a smile filled with white teeth. His gaze locked with mine, a sultry hum of sexual attraction riding the wind like the sweet scent of bread baking in Grandma’s kitchen. He placed a hand on the side of the barn and locked his elbow.

“Blueberry are good.” I finally manage to reply. 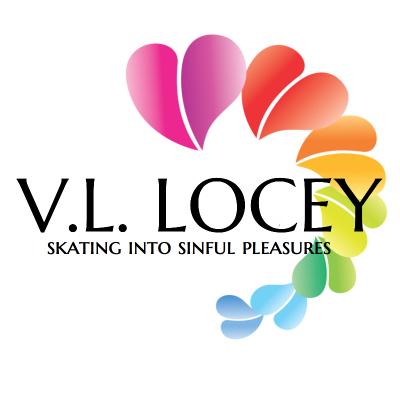 When not writing spicy romances, she enjoys spending her day with her menagerie in the rolling hills of Pennsylvania with a cup of fresh java in hand. She can also be found online on Facebook, Twitter, Pinterest, and GoodReads.

Other Books by V.L. Locey

A Most Unlikely Countess (To Love a Wildcat #2)

Reality Check (To Love a Wildcat #4)

Language of Love (To Love a Wildcat #5)

Final Shifts (To Love a Wildcat #6)

Roster Addition (A To Love a Wildcat novella)