Title: Craft
Series: The Gibson Boys #2
Author: Adriana Locke
Genre: Contemporary Romance
Release Date: March 14, 2018
Blurb
They’re not quite enemies. Not really friends.
More like frustrated balls of sexual tension and neither will give in.
Lance Gibson drives Mariah Malarkey absolutely
crazy. He uses her office like a phone booth, takes cupcakes from the corner of
her desk like she baked them just for him. She didn’t. Maybe she knew the
history teacher happened to love peanut butter icing, but that was purely a
coincidence. All sixteen times.
Mariah has a way of getting under Lance’s skin
too. She calls him out on his crap, spoils him even if inadvertently, and
seeing the librarian in skirts drives him wild. She won’t give in. It’s for the
best, really, considering there’s no way he could lie to a woman like that and
he’s not about to tell her the truth about himself. Not in a million years.
These two don’t hate each other. They don’t
really like each other. But for this to be a friends-to-lovers story, they have
to start somewhere, right?
Note: This can be read as a standalone novel.
ADD TO GOODREADS

Purchase Links
AMAZON US / UK / CA / AU
Free in Kindle Unlimited
Review by Paula:
A sexy, sweet, hilarious and sometimes serious romance book!  Lance doesn’t do relationships he uses a app and just screws around never anything serious. Mariah is a strong woman but Lance annoys the heck out of her but she can’t deny the sexy appeal he does to her but of course Mariah keeps it to herself. When everything collides will Lance open up or close himself forever. I love this book, many times I laughed out loud at the bickering. Even broke my heart at times and then made me swoon! 5 Stars 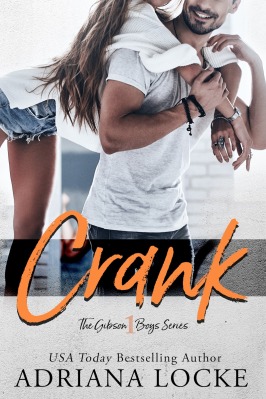 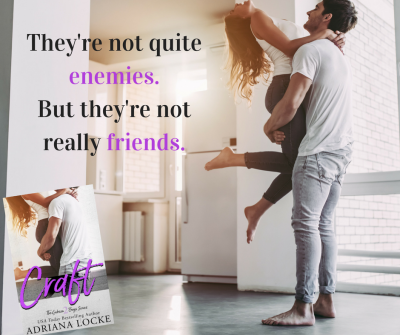 Author Bio
USA Today
Bestselling author Adriana Locke lives and breathes books. After years of
slightly obsessive relationships with the flawed bad boys created by other
authors, Adriana has created her own.
She resides
in the Midwest with her husband, sons, and two dogs. She spends a large amount
of time playing with her kids, drinking coffee, and cooking. You can find her
outside if the weather’s nice and there’s always a piece of candy in her
pocket.
For sneak peeks, giveaways, and more, please
join Adriana’s Facebook Group, Books by Adriana Locke, or her Goodreads group,
All Locked Up.
Author Links
WEBSITE 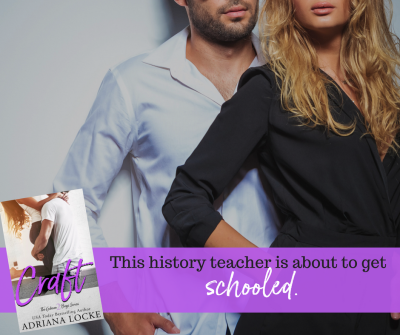