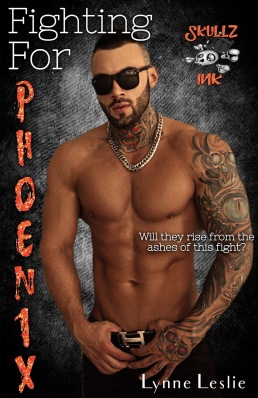 Blurb:
Phoenix Miles was my future…
Until he left me shattered just like our engagement photo. I’m a survivor though. I have to be because it’s not just my life anymore. When he walks into my bar, I smell more than beer brewing and knew letting him in would be a mistake. I won’t let him break me again.
I will win this fight.
Jayden Carter was my world…
Until she tossed me away just like her engagement ring. I’m a survivor though. I have to be because revenge is all I have left. My path was set, then I walked into her bar. Now, I’m fighting for love and family.
As the saying goes, all’s fair in love and war.
Neither of us count on outside forces trying to tear us apart. Their endgame? Destruction. Our endgame? Love.

Review by Candy:
Phoenix- In Greek mythology, a phoenix (Ancient Greek: φοῖνιξ phoînix) is a long-lived bird that cyclically regenerates or is otherwise born again.
A must read! You’ll be hooked from the start.
Fighting for Phoenix is a great suspense and second or third chance love story. You’ll cry a lot but you’ll fall in love with Jayden and Phoenix the main characters who are both stubborn but meant for each other. There will be heartache throughout but it will make the characters stronger. The betrayal will have you gnawing on your fist because you’ll want to hit something.
Lynne you did a fantastic job bringing this story to life along with the main characters. There is passion in your writing and I could not put this one down. If there is more to come, bring it! You had me on the edge many times. First what was Allie hiding and then the mystery stalker. The mystery stalker OMG you did fantastic with this character and man you went to the extremes. Honestly I can’t express how this story had me feeling because it was an edge of your seat that needed many tissues.  5 Stars 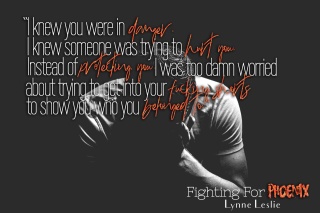 Lynne is  a momma bear to two beautiful little girls and one amazing stepson. When she’s not writing, she’s an avid reader. If you don’t catch her with her nose in a book or her fingers scribbling in a notebook, she’s usually right in front of the television with her  family. She lives in the quiet country, somewhere on the Panhandle of Florida. She loves music, dancing and beer. Preferably the beer first so she can at least pretend to know how to twerk when the music comes on. She loves anything that glitters and has a weird habit of collecting pens. Even though she’s in Florida, she hates the ocean and doesn’t eat seafood. I know. I know. She’s a strange human being.
Author Links:
⇨Facebook: https://www.facebook.com/authorlynneleslie/
⇨Facebook Reader Group: https://www.facebook.com/groups/158421264813315/
⇨Author Co-Op Reader Group: https://www.facebook.com/groups/kissandtellromance/
⇨Instagram: https://www.instagram.com/authorlynneleslie/
⇨Twitter: https://twitter.com/Author_L_Leslie?s=17
⇨Goodreads: https://www.goodreads.com/author/show/17374421.Lynne_Leslie
⇨Pinterest: https://www.pinterest.com/authorlynneleslie/
⇨Website: http://bit.ly/2BqhfFG
⇨Newsletter: http://eepurl.com/din6F1Buy Link:
Amazon: https://amzn.to/2qE2RlG 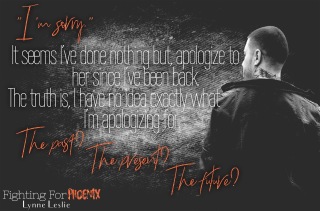 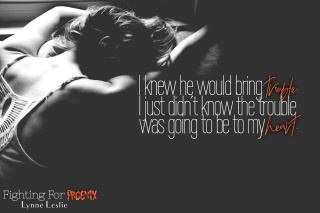