Bookstore owner Kerry Emerson finally seems to be back in control of her life. Her failure of a marriage firmly in her rearview mirror and her recent business expansion a success, she is in charge of her own future. One that is looking better than ever.

The sight of the tall man, with the familiar salt and pepper goatee pushing open the door of her store, sets her hair on end. He doesn’t exactly bring good memories.
FBI Special Agent in Charge, Damian Gomez, is just looking for a decent cup of coffee when he walks into the small store offering books and brew. The pretty, feisty woman behind the counter is an unexpected surprise. Not at all unpleasant, especially since her finger that used to hold a wedding ring is now bare.
Her wild hair, boho style and silvery grey eyes suddenly hold a lot of promise. But when his office is pulled into an international investigation into the trafficking of rare books and manuscripts, the straight-laced SAC realizes he has to keep his distance from the woman who might well be involved.
Easier said than done, since fate seems determined to throw them together. 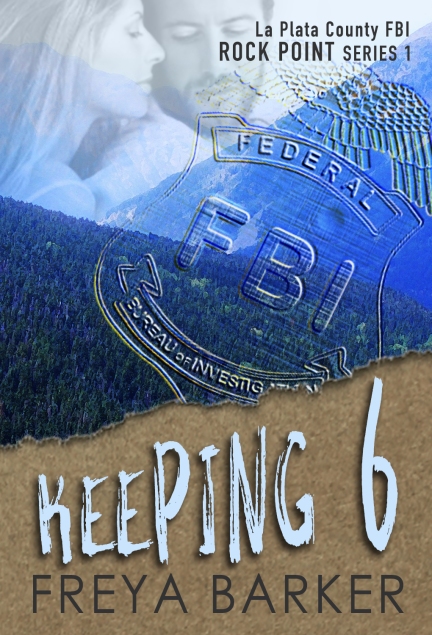 Review by Victoria:
Five stars doesnt even do this justice! Every time I pick up one of Freya’s books, I’m never disappointed with relatable amazing characters. Kerry and Damian don’t disappoint!
Kerry,  mature woman, is free spirited single book store owner living her life for her. She’s independant having built her business her self and dropping some ex husband weight. But Damian isn’t something she was expecting.
Damian is an FBI agent with no attachments and he likes it that way. He never mixes business with pleasure and never gets beyond just pleasure. That is until a delicious woman walks into his life twice.  How could he not get attached then?
When danger comes to close to home, these will be drawn together more than ever thought. But will they be able to survive it?
I love Freya’s writing, her stories are built around characters that are so relate-able you’d be hard pressed not to love them. Kerry isn’t a young, fit woman who can easily fold into a pretzel. She has the same flaws we all do. The same is said with her delicious men. They’re the same hot men you’ll see in your grocery store. At least I’m hoping to find a delicious man like Damian in my grocery store. This isn’t one you’ll want to miss, the Rock Point series is worth the read!!  5 Stars

Driven to make her books about ‘real’ people; with characters who are perhaps less than perfect, but just as deserving of romance, thrills and chills, and some hot, sizzling sex in their lives.

A recipient of the RomCon “Reader’s Choice” Award for best first book, “Slim To None”, and Finalist for the Kindle Book Award with “From Dust”, Freya has not slowed down.

She continues to add to her rapidly growing collection of published novels as she spins story after story with an endless supply of bruised and dented characters, vying for attention!

One thought on “Keeping 6 by Freya Barker”