Oubliette’s a job I intend to complete.
Oubliette
He wants something I won’t give. Even if it means my release. Even if it can help others.
I don’t want to be a part of this hell, though I can’t see a way out.
He’s arrogant, ruthless, harsh, and a complete prick. Busta is an asshole.
Though there’s something about him that feels redeemable. I need to find a chink in his armor.
Busta
Liar.
I lie to everyone. I’m so good at it now, I don’t know where the truth starts.
As Enforcer of the MC my job is to protect the club at all costs.
The day they ask me to watch over Oubliette—the sexy bartender from the Four Horsemen—I knew this would be difficult. That she’d be hard to resist.
I thought it would be simple; I thought I could get the intel. That I could save her and contain the lie. I was wrong.
She ignites a fire within me that I cannot hope to control, and her strength in the face of defeat consumes me.
To save her, I may chance everything. My life, my future….my club.
Who will win this war of wills? 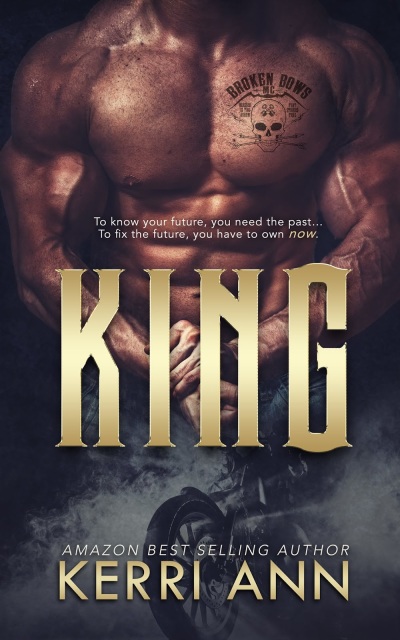 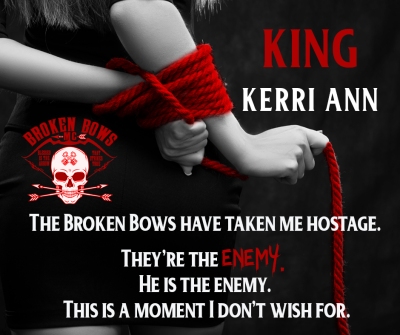 Review by Victoria:
Strap yourselves in, Kerri Ann is going to take you on a wild ride with some delicious bikers! This was my first read from Kerri Ann and what a ride it was.
Oubliette is a self made woman. She put herself through school, and then managed to get a great job bartending at the club owned by the Four Horsemen. They may be the rough kind of motorcycle club but Oubliette holds her own. She has the respect of the members and runs the bar her way. That is until she’s taken and thrown in with a rival club looking to get an up on the Horsemen. And she’s the key to all their information.
Busta is a life long member of the Broken Bows, destined to patch in since he was a kid. Riding is his life and he’ll never turn on his back on his brothers. As Enforcer, Busta sometimes does jobs he hates for the benefit of his club, but that’s all different when Oubliette comes crawling out of the car with his VP. Their club is changing and Busta needs to pixk a side. Can he keep his hands to himself for the sake of his club? What could a bartender really tell them?
This was a wild ride from start to finish! Kerri Ann leaves no rock unturned when she wants to throw you in full throttle. Broken Bows MC is just starting in their battle and Busta and Oubliette get that going in a hot, steamy story bound to get your blood flowing. You’ll be begging for another book before you’ve even finished King. I couldn’t put this story down, next thing I knew it was the middle of the night and I’m begging for one more chapter! This isn’t a club you’ll want to miss. Broken Bows will worm their way into your heart, even with all their rough and tough ways. 5 stars! 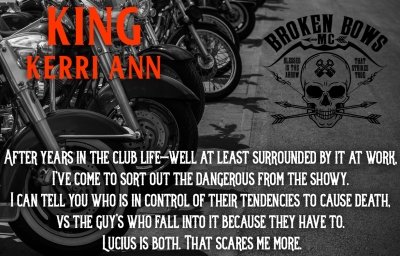 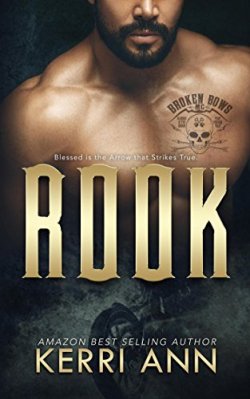 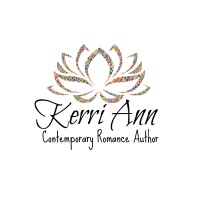 With an avaricious appetite for stories, Kerri Ann can be found quite often with her nose in a book or writing it. On many occasion it has been said that she’s in her own world, living in the stories of those she reads about, giving them a life they deserve.
She can easily be found under a tree in the shade, or reclining at Starbucks scribbling notes about new stories and new characters, all while keeping the coffee chain in business.
Whether late at night, at a music festival, or sitting on a ski lift, when the thoughts arise, Kerri Ann will add them to those in progress. So be wary, your antics could be in her next book.