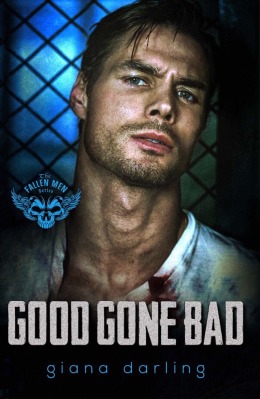 They say one action doesn’t define you.

I killed a man. Stabbed him in the neck and licked the blood off my lips after I did it.
Still, one action doesn’t define you.
I could have called anyone. My father, the Prez of The Fallen MC, our family lawyer, my best friend, Lila, or my brother, King.
I didn’t.
Instead, I called Lionel Danner, the police officer renowned for taking down the Nightstalkers MC. The man who had been my father’s arch nemesis for decades. The man who hated everything I stood for. A man who had disappeared from my life without explanation three years ago.
I called him.
And maybe one action doesn’t define you, but killing a bad man and calling in the good changed my life and it sure as hell changed his.
The third book in the Fallen Men Series. A standalone featuring Harleigh Rose and Officer Lionel Danner.

Review by Paula:
Ready to hear the Lion roar? Harleigh Rose,  I’m totally shocked that I actually liked her in this book. Harleigh Rose is one strong, devoted, kick azz woman! This book showed Harleigh Rose all grown up and I wanted to be her friend. Danner is one sexy hottie in this book he makes ya swoon and want to obey him and his kinks. Two people that have known each other for a long time in different worlds but more alike then it seems. This book is intense, heartbreaking, hot, sexy and most of all family. I can’t wait to read the next book to this series! 5/5 rebel stars 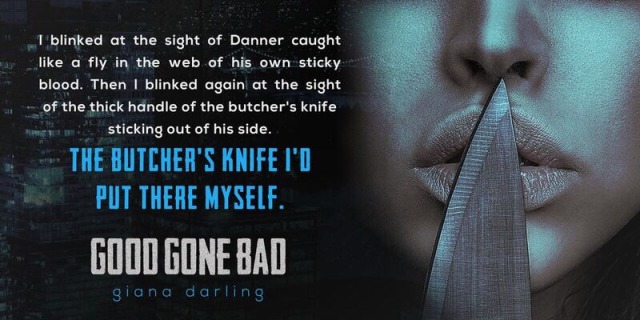 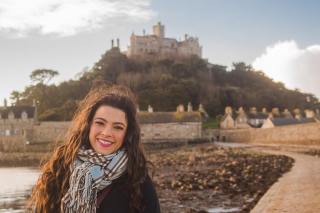 Giana Darling is a Canadian romance writer who specializes in the taboo and angsty side of love and romance. She currently travels Europe with her best friend, an overstuffed suitcase and a mission to eat and drink as much French, Italian and Greek food as possible. While lounging on white beaches, drinking sangria on patios and sleeping in villas, she is hard at work on Cosima Lombardi’s dark romance, The Enslaved Duet, coming summer 2018!