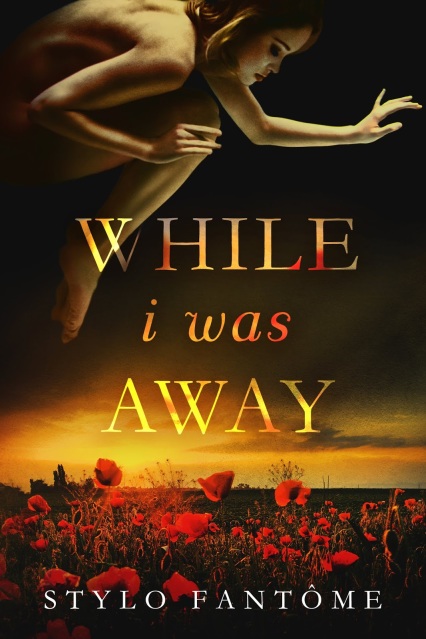 Title: While I Was Away
Author: Stylo Fantôme
Genre: Romantic Drama
Release Date: March 21, 2019
Blurb
You were in a car
accident.They say true love can last forever.

You hit your head, which caused your brain to swell.

Can span any distance, stretch across time, last beyond death.

The pressure against your skull damaged your brain.

Which leads one to wonder …

The damage left you unresponsive to most kinds of stimuli.

If you fall in love in your dreams,

And this unresponsive state is what’s known as a coma.

Can you find that love when you wake up?

Review by Paula:
Adele  is in a car accident and in a coma she has dreams of a guy named  Johannes and things start to get strange and complicated. This is a very unique book and has your mind wondering what people hear or dream about when they are in a coma. The connection Jones and Adele have is epic and breathless. I loved that the author put even Adele’s older brother story into the mix it made me laugh when things were getting so serious. Definitely a book I’ll remember 4 stars 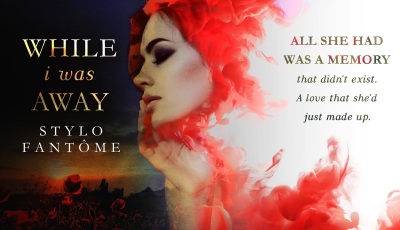 Playlist
Excerpt
Adele was
babbling, she knew, but she couldn’t stop herself. So she was thankful when
Jones cut her off and yanked her close. He sat up at the same time, and before
she even realized what was happening, he was kissing her.
Finally.
The last
time – the only time – they’d kissed, he’d disappeared forever. This
time, she was determined to make the most of it. They both shifted onto their
knees, arms going around each other, and when she gasped at the intensity of
his hold, his tongue slipped into her mouth. She moaned and curled her fingers
in his hair, praying the moment would last forever.
Ah, but
this place is the anti-prayer. So shall you think it, so shall it not
be.
Jones’
hands had moved to cup either side of her face. He pulled away, then leaned
back in for another slow kiss. Tried to say something, then kissed her again.
Once more, and she could just feel it – it was the last one.
“I wish we
could stay here forever,” he whispered, pressing his forehead to hers.
“Me, too,”
she whispered back. He grabbed hold of her wrists and gently removed her arms
from around his neck.
“But it
can’t be. You either go forward, or you go back. You can only stand still for
so long, Adele.”
She didn’t
even know what he was talking about, and she knew he was right. The storm above
them was getting worse. Something was coming. Eternity waited for no one, not
even her, it seemed.
She
squeezed her eyes shut tight.
“I tried,
Jones. I tried to stand still with you. I tried to get caught in the now with
you.”
“I know you
did. And now I want you to try something else,” his voice was so low, she could
barely hear it over all the thunder.
“What?”
“I want you
to concentrate. And then, I want you to open your eyes.”
She bit
into her bottom lip and turned her head, brushing her nose against the side of
his cheek so she could remember the feel of him. Inhaled deeply so she could
remember the smell of him. Then she took an even deeper breath and did as she
was told.
She
concentrated on the ground below her. Listened to the storm raging above her.
Felt Jones’ body heat in front of her.
And she
also remembered. Could hear her brother Ocean laugh in her ear, the sound made
such rare appearances. Could picture her brother River standing in front of
her, looking so serious and concerned. Could feel her brother August around
her, giving her one of his big hugs.
The wind
around them didn’t lessen in intensity, but it did slow down. Or time slowed,
she couldn’t be sure. There was a terrific booming noise, followed by the sound
of something ripping. At first, she thought it was the sky – the storm must
have really been opening up. Then she felt a tremor in the ground under her,
and she knew what it was.
The giant
tree was finally tipping over. It groaned as gravity took hold of its weight
and pulled it over the edge of the cliff. She could actually sense the roots
being ripped from the earth as the tree made a swan dive.
And as the
roots came free, they tore apart the face of the cliff. She could feel the
ground crumbling away from her, could tell she was falling. Jones held onto her
for as long as he could, but just as his arms were about to reach their limit,
gravity took over once again and yanked her away completely. 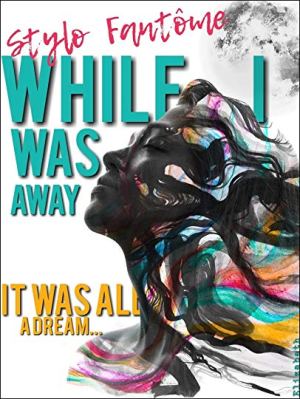 Crazy woman
from a remote location in Alaska (where the need for a creative mind is a
necessity!), I have been writing since … forever? Yeah, that sounds about
right. I have been told that I remind people of Lucille Ball – I also see
shades of Jennifer Saunders, and Denis Leary. So basically, I laugh a lot, I’m
clumsy a lot, and I say the F-word A LOT.
I like dogs
more than I like most people, and I don’t trust anyone who doesn’t drink. No, I
do not live in an igloo, and no, the sun does not set for six months out of the
year, there’s your Alaska lesson for the day. I have mermaid hair – both a
curse and a blessing – and most of the time I talk so fast, even I can’t
understand me.
Yeah. I
think that about sums me up.
Author Links
FACEBOOK
AMAZON