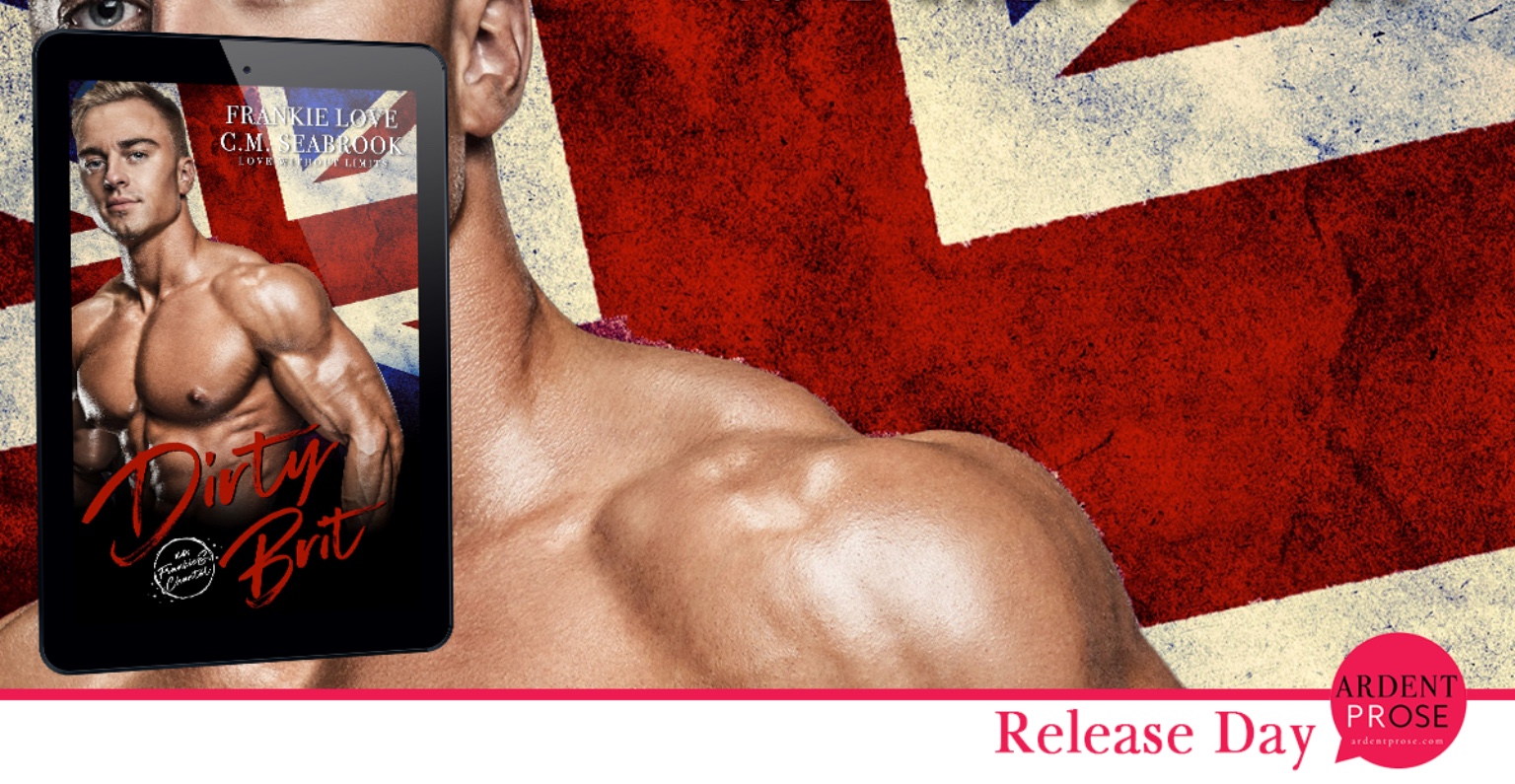 Review by Victoria:
Leave the petti coats at home, this us one story you’ll want less layer for.
I didnt know an Earll could be this delicious, but Callum redefines single working dad by being a single working dad in the British royalty. His darling little one is like a lot of littles who lost a parent and shes blown through nannies like you wouldn’t believe. That is until an American walks through the door.
Dina just needs an adventure. Shes not looking to settle down, just make some money out of school and make some memories. She never thought her boss would be this hot royal man with a trying child.
This is so steamy, I had to wipe my glasses more then once. Dina and Callum will not disappoint as they dance around the tension until one final explosion will satisfy all your needs. 4 Stars 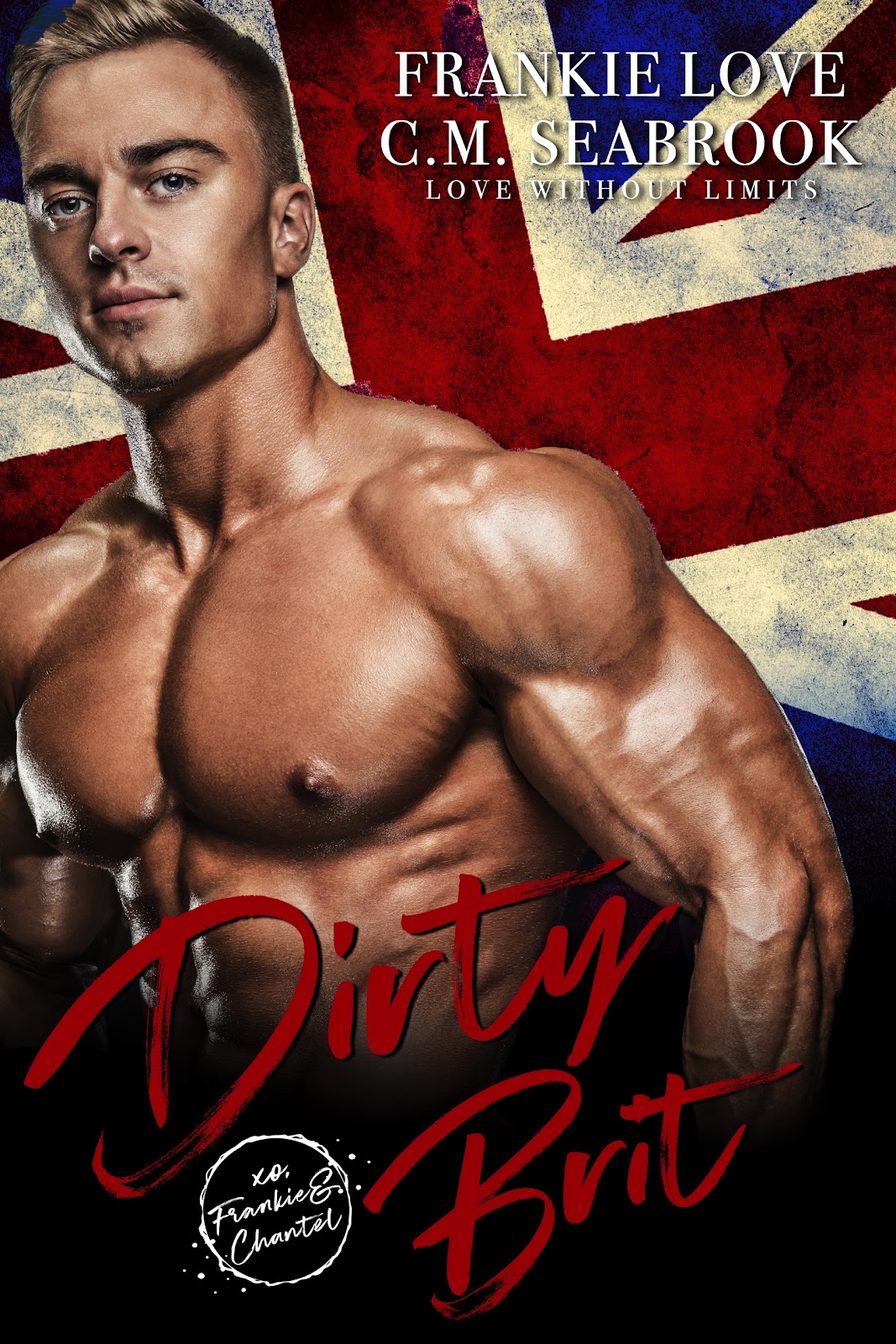 I’m a single father and my darling six-year-old is the epitome of handful.

But the moment our new nanny sweeps into our lives, everything changes.

Dina’s more than a Portuguese bomb-shell.

She has a tender heart, a way with words, and makes my gray London life suddenly seem bright.

I’m a widower and an earl.

I have baggage that I can’t ask her to carry.

But when she’s in my arms, I want to sweep her off her feet.

This is no regency romp – this is a straight-up smut set in modern day England.

Ready for a dirty Brit with a sexy accent? Look no further.

This short and steamy read is the best stay-cation money can buy!

“I don’t want a new nanny.” Amelia stomps her foot and pouts up at me. My daughter may only be six years old, but she’s already mastered the art of manipulation. Even knowing that I still have a hard time saying no to her.

However, the nanny is non-negotiable. I may be an earl, and hold a seat on the Queen’s council, but I still have to work.

“Why can’t you stay home, Daddy?” She stares up at me with those big blue eyes, and I almost give in to her demand.

I know I’ve spoiled her, but after her mother passed away when she was a little over a year old, I’ve felt the need to make the loss up to her. Not that I could control Margaret’s passing. I only had three months with her after she was diagnosed with a rare form of lymphoma.

We’d married young, for convenience, but I did love her. And she gave me the most special gift of all-Amelia.

My daughter may have inherited my wife’s blonde hair and freckles, but the child has acquired my own stubbornness, which is the reason we’ve gone through over twenty nannies in the past five years. And after the unfortunate events that happened with the last one, I had to go through a new agency out of the US.

The woman’s qualifications are a far cry from the British nannies who’ve been in my employ, but I’ve run out of options.

“I’ve told you, darling,” I say, crouching to Amelia’s level. “If I don’t work, I can’t afford to buy you all the pretty little things you like.”

“I don’t care.” She wraps her arms around my neck and squeezes tight. “I don’t want you to go.”

I sigh, and stand, Amelia still wrapped around me like a spider monkey. “What am I going to do with you, hmm?”

She pulls back. “Take me to the lake, Daddy. We can build a sandcastle as tall as Big Ben.”

I chuckle. “That would be quite a feat.”

“Please, Daddy. We haven’t gone to the lake in so long.”

“I’ll look at my schedule and see if we can schedule a day.” Through the window, I see the car pull up to the front of the house, and my driver, Harold, get out. “I think she’s here.” I place Amelia’s feet back on the floor. “I’ll make a deal, you be on your best behavior and I’ll see about the beach day.”

She scrunches her nose at me.

With a sigh, she nods, then takes my hand and we walk to the front door to greet the new nanny. Before we get there, Amelia exclaims. “I have to use the potty, Daddy.”

I frown. I know this game. Amelia uses the bathroom as a way to avoid situations. For a six-year-old, she’s much too smart for her own good. “Alright, but be quick. And wash your hands.”

Amelia scurries upstairs to the second-floor bathroom and I turn to pull open the front door. I have no idea what to expect, and my hopes aren’t high. I love my little girl, but the last thing I need this summer is to struggle with finding childcare. There’s enough on my plate with work and being a single father.

The agency forwarded me the woman’s resume, so I know that her name is Dina Pacheco and that she’s from Seattle, and has a diploma from a culinary school. I’m not sure how that makes her qualified for this line of work, but the woman I’d spoken to at the agency had insisted she was the best choice.

Yet when Harold opens the back door of the town car, I wonder if he didn’t pick up the wrong woman at the airport. She isn’t in a white apron and black dress, like the rest of the nannies I’ve hired, that’s for sure.

Her outfit is more colorful than the peacocks that my aunt Martha keeps at her vineyard. She’s wearing a bright, floral kimono over distressed jeans-the kind you see people wearing and wonder did they actually buy them like that on purpose? Gaping holes at the knee and thighs … showing off a fair bit of skin. It’s the color of shimmering sand and it makes me wonder if Amelia’s idea of spending the day at the beach isn’t rather perfect after all.

She wears impractical wedge heels in pink and there’s a leopard print tote bag on her shoulder that’s nearly as big as she is. She’s petite, all curves and color, and my cock, which hasn’t shown interest in anyone in a long time, instantly hardens.

Her long, wavy dark hair has hidden her face from me, but when she brushes it back, I’m not prepared for the eyes that look back at me. They’re dark, a rich chocolate brown. But it’s not the color that gives me pause, it’s the way I swear I can see into the woman’s very soul. They’re filled with as much brightness, and life, as her outfit.

And then she smiles. She has two deep dimples in both of her cheeks, and even though it’s a typical drab day in London, the sun seems to come out.

Her gaze rests on mine for a moment, and I see that smile falter slightly.

“I’m Dina Pacheco. Are you Callum Wharton?” she asks, her voice as light and breezy as her smile.

“Uh, yes. Yes, I am. Callum is fine,” I say, trying to string together words. One look at her and I’m caught off balance. A thing that rarely, if ever, happens to me. I’m an earl, for Christ’s sake, not a schoolboy with a crush. I can certainly speak to this exotic creature.

Except apparently not. Because I’m flustered in a way I’ve never been in my life.

“So…can I come in?” She lifts her shoulders as she asks the question and I realize it’s time to get out of the way and let her inside.

“Of course, right this way,” I say as Harold brings in her luggage. “The flight was acceptable, I presume?”

She smiles, a small laugh playing on her lips. “I suppose it was acceptable.”

“Suppose?” I’m taken aback and she must notice. Her hand falls to my arm as she laughs apologetically. “I’m just teasing, Callum. You hired a private jet for me. I don’t think I’ve ever been treated so well. So thank you, I mean it.”

I can relax then, realizing I haven’t upset her and before I can say anymore, Amelia is bounding down the steps, her eyes wide.

“She looks like a flower!” my daughter exclaims with the same pleasure in her voice as she had when I took her to Disney Paris over Christmas to meet the princesses.

“You must be Amelia,” Dina says without missing a beat. She crouches to my daughter’s level and holds her hand out.

Amelia purses her lips, and I give her hand a small squeeze.

“Manners,” I remind her.

“My other nannies wanted me to call them by their last names.”

“I prefer you call me Dina, but if you want, you can call me Miss Pacheco.”

“It’s Portuguese,” Dina says, unfazed by her rudeness. “But I’m from the United States. A city called Seattle.”

“Is that why you speak funny?” She laughs.

“I suppose I do. Maybe you can teach me how to speak proper English,” she says the last two words in a terrible British accent, and I can’t help but smile. “And I’ll teach you how to make the perfect chocolate cake.”

Those dimples appear again. “I’ll tell you a secret, so do I.”

They smile at each other, and I’m a little shell shocked at how quickly this woman has charmed my daughter.

“Can I tell you another secret?” Dina says to Amelia. “I was on a plane for ten hours, and I’m really tired. Do you know it’s nighttime where I live right now?”

Amelia frowns. “But the sun is out.”

“Not in Seattle. If you have a globe, I’ll show you. And then maybe you can show me to my room.”

On her own, Amelia reaches for Dina’s hand. “Come on. And I’ll show you my room too. I’ve got hundreds of dolls. But I want one that has a shirt like yours.”

Dina chuckles as she follows my daughter inside, and I’m left there standing like a fool with my mouth open, wondering what the bloody hell just happened.

“She’s a different one,” Henry, my butler, says, placing the last of her bags on the steps, which are just as bright and colorful as her personality.

“That she is,” I say, realizing it’s not Amelia I’m worried about.