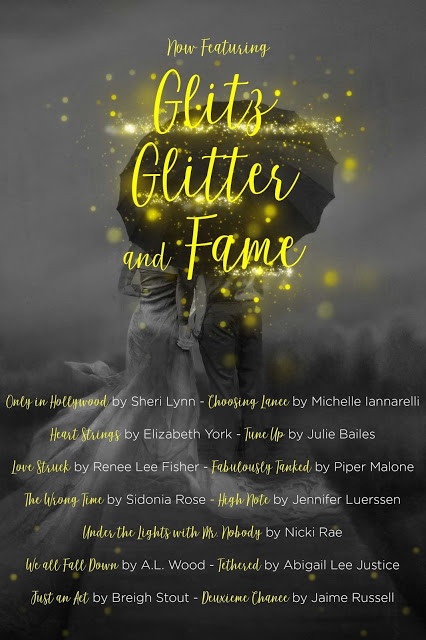 Thirteen short stories about the Glitz, Glitter & Fame of Hollywood. 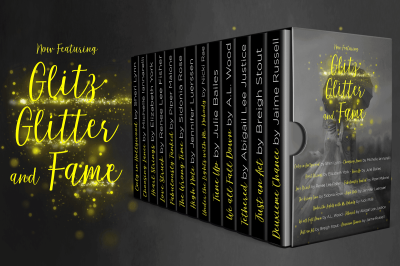 Only in Hollywood by Sheri Lynn
Billie Jo’s parents surprised her with a dream vacation during college break, a summer in Hollywood with her cousin.  Being mistaken as Cruz Noble’s hired stress relief wasn’t in her job description when she accepted the part-time assistant job at the studio her cousin works for.  Their first introduction was a horribly awkward misconception on his part, but Cruz not only wants to make it right, he wants Billie Jo.  With zero interest in movie stars and their larger than life existence, can Hollywood’s biggest star get the girl in real life?
Under the Lights with Mr. Nobody by Nicki Rae
Only alcohol can keep mega movie star Noel Vega warm at night. Until she meets him. A no-name man who makes her body tingle. Within a few days she grows just as addicted to him as she is the alcohol. But what happens when a star who’s used to getting everything she wants can’t control her new addiction?
Choosing Lance by Michelle Iannarelli
A bet, mail, a secret and sex…will Lance give up everything and choose Aidan?
Heart Strings by Elizabeth York
A chance meeting would lead to a friendship songwriters could write about. Dean and Hallie were completely in rhythm until they took things too far. Would Dean’s song be for her in the end?
Love Struck by Renee Lee Fisher
Not a tabloid romance.
Dreams of Hollywood…
Cassidy Shoemaker wanted to become actress Vivian Layne, and did.
Aiden Vaughn wanted to become Niles Stone and did not.
By chance their paths crossed, and instantly both hearts connected.
Thankfully the tabloids were unaware of those moments.
Is their new found love real, or scripted?
Fabulously Tanked by Piper Malone
When movie starlet Poppy Hendricks is snapped by the paparazzi chasing Tank, her adorably wild puppy, through Central Park West in her pajamas, the gossip columns cannot get enough of the drama.As the newest addition to the cast of the highly anticipated screen adaptation of the hottest romance novel since, well, you know when, Poppy knows her reputation is on the line.On the eve of relocating for the movie shoot, Tank has another very public, highly embarrassing social gaffe and the entertainment world explodes with speculation.To get the gossip rags off her back, Poppy enlists the help of Taylor Mickelson, a local farmer and dog trainer to help her tame Tank’s raucous antics.
Can Taylor refine Tank’s wild behavior and save Poppy from the trash talk, or will he create his own media frenzy when he’s caught off-set with the movie star?
The Wrong Time by Sidonia Rose
High Note by Jen Luerssen
Love, like music, is full of highs and lows.
Jack is one of the most beloved country stars in the world. Sal is a rock pop goddess at the top of her career. Sal is heartbroken over a recent divorce and Jack’s divorce just seems like a long time coming. They’ve flirted with each other before and it was harmless fun. Now that they are both free, the flirting is definitely heating up and no longer harmless. Sal tries to be the voice of reason but Jack is funny, mischievous, smart, kind, hot, and did we mention hot? The competition heats up for their singing contestants on the number one rated competition show High Note. Jack and Sal are competitive by nature and as Jack fights for Sal’s heart, she fights to protect it. Jack and his magic hands bring Sal to the edge of ecstasy and her concerns melt away. Will their love crumble under the pressures of their failed marriages and celebrity life—or will they end on a high note?
Love, like music, is full of highs and lows.
Deuxieme Chance by Jaime Russell
First Loves are often a one time thing when it’s been broken.
Second chances with your first love are few and far between.

Lucille “Lucy” Westen had a dream to dance on Broadway and small town living wasn’t going to stop her from pursuing it. Travis Willows had a dream of marriage, and kids with Lucy but that didn’t include the big city. When Lucy suffers an injury and Travis is by her side, will they finally be able to say those three words to each other and find a way to have both of their dreams?

Will an ex-love stop them from being together?

Tune Up by Julie Bailes
One. So minute, yet powerful.
It all ended with one mistaken night, and one huge fight.
Two shattered hearts, and five years apart.
I never wanted to see him, again.  Yet here I am, staring into his hypnotizing, ice blue eyes and melting at his touch as if no time passed. Jameson Steele is country music’s hottest bad boy. I’m a small-town kindergarten teacher. He’s an all-American party animal. I’m an introverted book nerd.
I can’t be with him.
I won’t live without her.
He can’t have me.
She’s mine.
One touch.
One kiss.
One night.
One hell of a tune up.
We all Fall Down by A.L. Wood
Wren Styx had her life mapped out. The well mannered boy from down the street became her high school sweetheart to college Romeo and now her husband.
Until she’s abandoned at the alter. Enter Phoenix Ray, Hollywood’s residential bad-boy to swoop in and save the day.
Tethered by Abigail Lee Justice
I can give her glitz, and glamour, every comfort, even make her famous. But my gifts come with a price. She must become my willing submissive.Mine to do with as I please, make her shiver or scream. But in the end she still holds all the power, binding me with one final word…No.
Just an Act by Breigh Forstner
Tori Skye is America’s sweetheart, and the hottest actress in Hollywood.

When she meets up and coming rocker Jeff Styles backstage at a concert, their worlds are turned upside down.Falling hard in love in such a short time can have it’s consequences, and Jeff is learning that if he loves Tori, then the press and the rest of the world comes with her.
Tori, concerned that the paparazzi and Hollywood life is too much for Jeff to handle, she makes a decision that will forever change them. Can Hollywood and rock n’ roll mix? Or will their relationship crash and burn in less time then it took for them to fall in love? 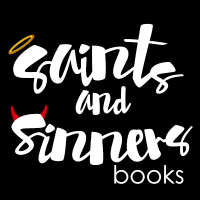