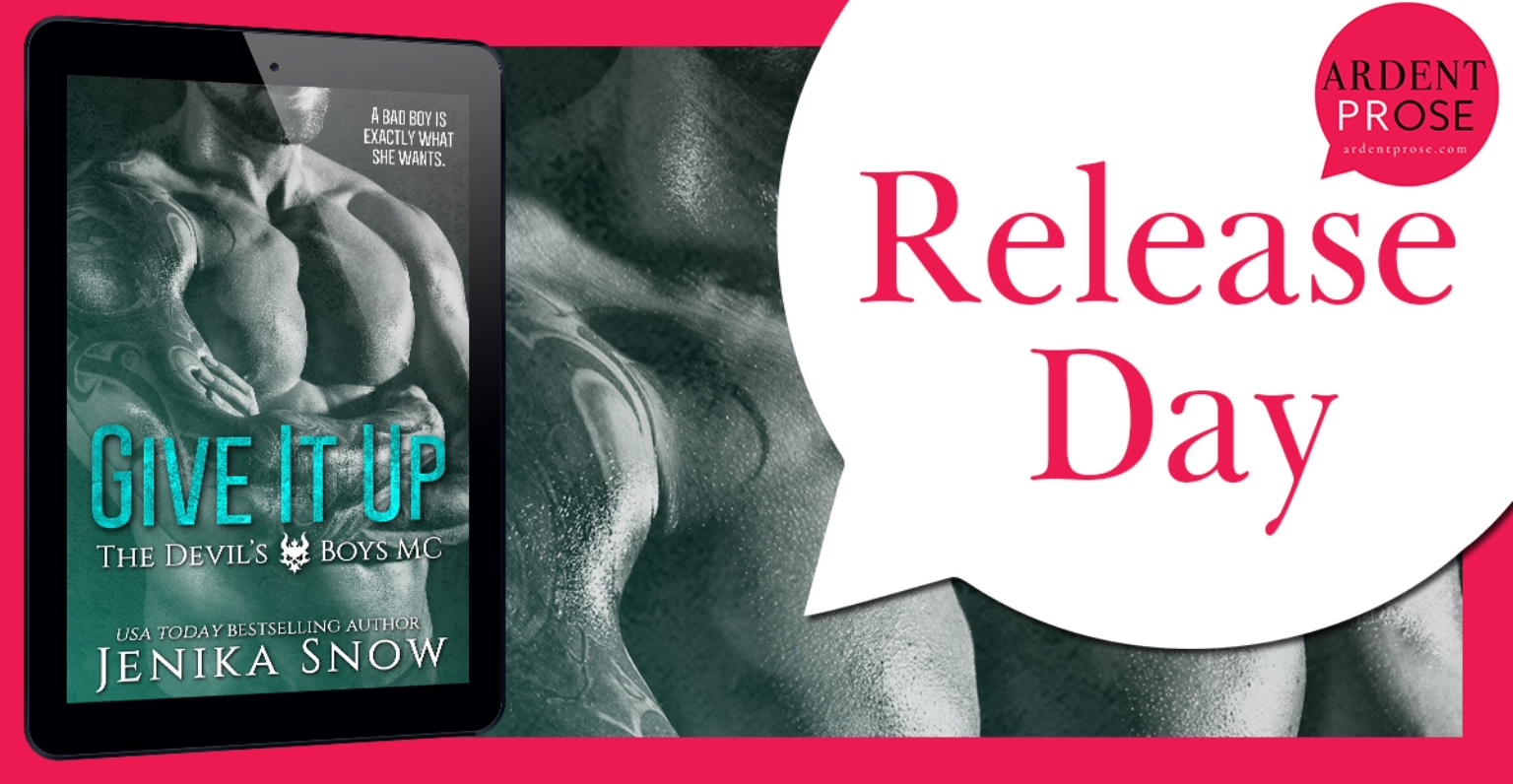 Review by Paula:
I love this short, sexy, Mc story! Loch and Nina grew together in foster home. The attraction between them is so hot it’s intense. What if one doesn’t like the other in that way. Can Nina be with a biker? I love short stories when they give you that swooning, butterfly feeling and this definitely did! Can’t wait to read the next one of this series 5/5 stars 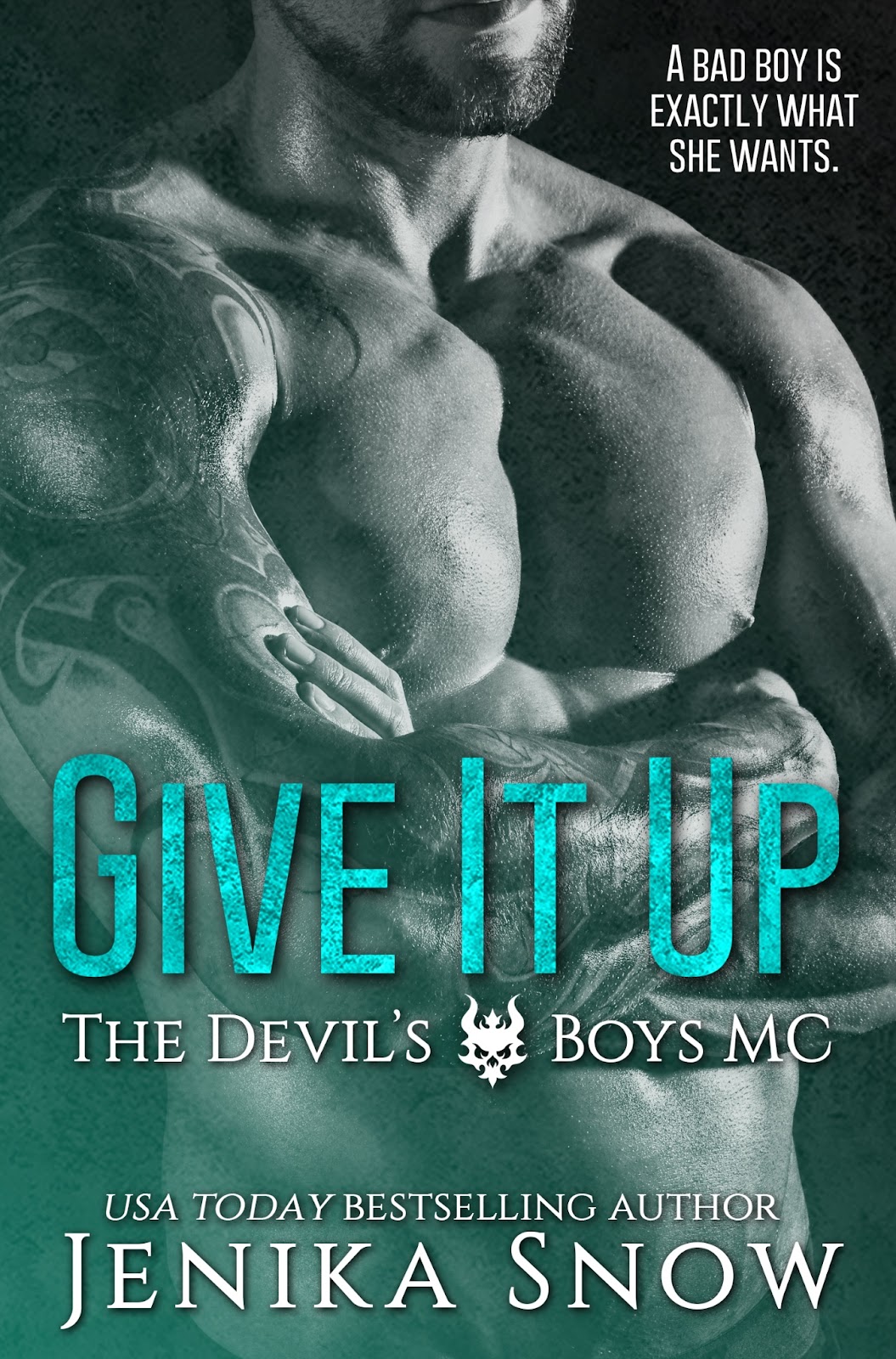 A broken past doesn’t stop him from wanting a future with her.LOCH

I’d never wanted anything for myself until Nina stepped into my life.

We were just two lives that came from ruined childhoods, growing up together, relying on each other. And my sole mission was to protect her at all costs.

I was happy and content making her my priority.

Until I wasn’t because I wanted her as mine.

We were connected in all senses of the word. But I wasn’t a good man. I was a member of the Devil’s Boys MC, brothers in arms who would do anything to get by in life.

And Nina was the center of it all, an integral part of all of our lives.
But it was that thread that drew us together that kept me away.

I was afraid of losing the one thing that mattered most to me, of crossing an invisible line from being friends to lovers.

But without risk there wasn’t reward, and Nina would be the greatest reward I’d ever gotten.

I shouldn’t be looking at her but I couldn’t help it. Since the moment I saw Nina walk through the front door of my foster home, her blond pigtails ratty-looking, her face smeared with dirt, and her clothes stained and torn, I was instantly, irrevocably drawn to her.
At first, I was just looking out for her, a protector when she’d get picked on, teased. I was four years older than her and could do that, could make sure no one messed with her. I’d never been a good guy, not as a child, a teenager, and sure as hell not as an adolescent. But there had always been something about Nina, something that pulled me in, drew me like a moth to a flame.
She made me want to be a good person, to try and do right by the world.
But shit, look at me now, a vice president to an outlaw biker gang.
“Fuck, you paying attention?”
I looked at Merc, my president, my brother in all senses of the word. It didn’t matter if we weren’t related by blood. Merc and I had been through the wringer and came out standing. There wasn’t anything I wouldn’t do for that man, hell, there wasn’t anything I wouldn’t do for any of these men that sat around the table.
Family, through and through, no matter what.
“You have my full attention,” I said and put my focus on the club. I couldn’t help thinking about Nina, though. She was always on my mind, yet I stayed back, kept things platonic. Although I sure as fuck knew she could see the way I looked at her, watched her every move. It wasn’t like I hid that shit.
I always had to make sure she was okay, that nothing bad ever happened to her. That’s why I sure as hell liked having her here at the club, always around, always where I could watch over her.
It was something I couldn’t help. It was ingrained in me.
“We have to hit up Pete’s Dive Bar Saturday night to discuss a gun drop with the Killerz. Loch, I want you to go with Perch, Chopper, and me to square away the details.”
“Abso-fucking-lutely.” I leaned back in the chair even more, the leather creaking from my massive weight. I was a big fucker, muscular, working out in the basement of the clubhouse six days a week just to get rid of the extra energy I had.
And the pent-up arousal I have for Nina.
It was either work out, start a fight, or take Nina to my room and fuck her until she said she was mine. And as much as the latter was what I really wanted to do, not crossing that line was probably for the best.
Nina was too good for me. She was smart, gorgeous, and although she stuck by the club through thick and thin, getting involved with her would tarnish the fuck out of what we had. At least that’s what I told myself, yet I mean-mugged any motherfucker who looked at her, slapped around any prospect who talked to her.
There wasn’t any piece of shit asshole who came within arm’s length of her, not when I was close, not if they knew anything about me and the lengths I’d go to protect her. They knew me well enough to know she was not to be messed with.
And how fucked was that when I wasn’t making a move on her? I was keeping guys away like she was already claimed as mine.
And I’d keep doing that until I manned the fuck up and told her she’d always been mine.

Jenika Snow, a USA Today bestselling author, lives in the northeast with her husband and their children.She prefers gloomy days, eats the topping off of her pizza first, and prefers to wear socks year round.
Author Links
Twitter  Facebook  Web  Goodreads  Amazon